At a time when technology dominates and we’re more likely to be looking at our phones as opposed to out of the window it’s becoming easier to be blind to the beauty which surrounds us.  It’s especially easy to do this when you’re living in a country like England.  Grey clouds.  Office-blocks.  Litter.  Viscous traffic jams.  The angry honks of road-rage.  Ugly, rain-soaked 1960’s architecture.  These are the things we’re used to seeing on a daily basis when we’re making our way to work, or heading into town to buy a new pair of tights and some milk.  The metal-concrete infrastructures are unsightly but they keep our country economically afloat and so we have to accept them.  You can’t run a country from a muddy-field… as much as I wish it were possible.

But sometimes, it’s just nice to have that wonderful soiree with nature.  It’s the one thing that’s always been there, even when recession hits and companies submerge into liquidation, there’ll still be a fresh sunrise each morning reminding us that life goes on, and what’s more important?  Nature is more powerful, more valuable than anything and it makes me sad to see people abuse it.  Earth is seldom more beautiful than in it’s most natural state; because nature is real, raw and magical.  It’s no surprise that we often look to nature when we need a bit of time-out from the rest of the world.

Still trees seem to listen – they have centuries of experience, and glistening rivers seem to advise – no matter what the obstruction, they never cease to flow, flowing on until they reach the ocean.

Below are just a couple of photos, taken locally, when nature has put a smile on my face.  It really is a beautiful world. 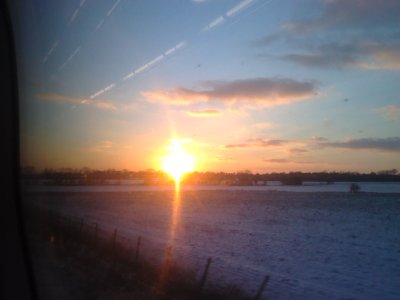 View from train on way home from work, February 2012 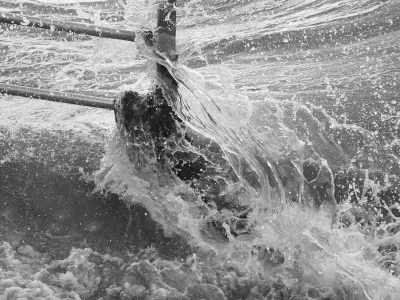 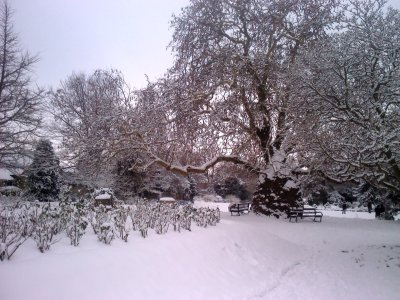 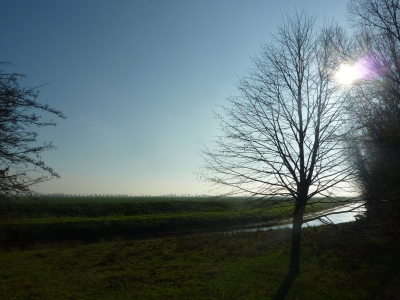 Valentines Day is coming up and we all know what that means – the lonely-hearted feeling like lepers whilst the lovers compare what wonderful gifts and surprises they’ve received from their other halves and maybe even upload the photographic evidence on to Facebook.

As somebody who is currently so much a single that I could probably be eligible for chart-release, I’m very much aware that to write anything anti-Valentines would likely be perceived as an unconvincing and possibly jealousy-fueled attempt to try and justify to myself why I’m currently so far from joining the growing party of peers whom have recently acquired a diamond ring on their finger.  But, I’m not here to bash relationships or romance or deny that I want those things.  I admit I would love to have that, if the right person came along… only if the right person came along.

But he hasn’t yet, so right now I can’t enjoy all the wonderful things that relationships can bring.

So what to do?  Sit and cry into a cup of commiseration coffee?  Stare at myself into the mirror until I find a million reasons to understand why I’m single?  Walk around feeling inadequate to everybody else because they managed to find somebody and I didn’t?

Of course not, because let me tell you something boys and girls – being single isn’t such a bad thing.

I know what some of you may be thinking when you read this, “Aww, poor wee lamb is only saying that because she’s single” and I guess to some extent you’re right – if I wasn’t single, I wouldn’t be writing a whole piece on why it’s not a bad thing.  Though, the truth is – there have been times in the past when I have done all the above things: detested my appearance, picked apart my personality to see what was wrong with it, and yes at times I have even felt inadequate around couples.  We live in a society which loves it’s love stories, afterall.  A lot of people who are single probably feel or have felt the same way at some point.

***“What’s wrong with me?“*** those of us without long-term partners ask ourselves as we notice the middle-aged couple several rows in front of us on the bus, squeezing each others cheeks and giggling like geese as the bus meanders through the streets of London.

But for quite a while now, I’ve begun to look at matters from an entirely different perspective.  I realise now, that the one and only reason I’m still single is simply because I haven’t met the right person yet.  I like to believe he’s there somewhere, waiting in the wings, probably necking a few shots of whisky in preparation to put up with a whole lifetime with me and the baggage I come with (my schweet’earts and my special dietary requirements of four thai curries a week).  Alternatively, maybe he’s not there at all.  Maybe he doesn’t exist.  Maybe the curry thing was the straw that broke the camel’s back and the poor guy was last seen in the back of a taxi destined for “as far away as fucking possible!”  It’s a grim vision, but not one that I can necessarily change.  Sure we can change our appearance, try and meet new people, take tips on how to flirt but even after all of that – you either have that chance encounter with the right person, or you don’t.

Obviously, I hope I won’t be single for the rest of my life, but neither do I want to slip into the dangerous territory of needing a relationship.  They may be important, but not having one doesn’t make you any less of a person and that’s something which I think the world seems to forget occasionally.  From some peoples’ perspectives, singles stick out like sore thumbs and the older they are, the larger the swelling.  The world is full of interfering busybody types who love to play matchmaker and try and create the missing link between two ‘compatible’ single people (who have only their relationship statuses and maybe a love of red wine in common, too) and that’s what contributes to that feeling of inadequacy that not being in a relationship can bring.  Well quite frankly – fuck people like that, they probably live alongside Tinky Winky and Dipsy in an area of La La Land where everybody is happy all the time and the rate of divorce isn’t 50% like it is here in the actual society in which we live.  Real life is much more complex than 120 minutes of Hollywood magic, even if we wish it wasn’t.

We are who we are and things happen how they happen, we don’t write a script in advance – so instead of feeling the stigma of being single maybe myself and others like me should just sit back and enjoy the positives.  Are there any?  Yes.  Plenty.

Being single allows you to….

keep your options open with what you want to do in life • have the entire bed to yourself  • not have to worry about the threat of messy break-ups or the mini heart-attack that occurs when they don’t put an ‘x’ at the end of a text • not have to tell anybody what you’re doing and where you’re going • be able to change town or country as you please  • save money on the 14th February • use the money on buying yourself a new pot of foundation instead • not have to sit through really boring films about robots using complex computer systems that you don’t understand • kiss Jake Gyllenhaal without having an affair • eat the whole ‘his’n’hers’ chocolate gift set • not be told off when you want to do something that doesn’t align with his schedule • eat KFC in bed with only yourself to disgust • wink at the waitor  •    • etc etc.

In my mind, being single is like childhood.  As soon as you reach adulthood and begin that battle with your bank account, or as soon as you meet that partner that so often sends you sideways with each minor misunderstanding, you realise how simple things used to be and kick yourself for not making the most of it all.  Does that mean we shouldn’t bother with relationships at all, then?  Of course not!  You always need to try before you buy and not every shoe will fit.  The point is merely that sometimes, instead of waiting around in the shoe shop for that special sandal to come into stock and looking at your watch every five seconds to curse how late it’s getting, you could be next door buying yourself an atlas, some plane tickets and maybe a box of chocolates for good measure.  Once you’re finished with those, maybe that sandal will be on the shelf.  If not, go into another shop and buy something else, and repeat this process again and again until it is, so that by the time you’re wearing those sexy sandals that you wanted for so long, you’ll be able to say, ‘I made the most of being single’.

See the positive in everything and if you can’t, create it!

And on a slightly different note, I’ve added another new section to the site for my travels.  I’ve only done a few U.S cities so far but there’s plenty more places to come, so if you feel like going on somewhat of a trip abroad today, check out the section!

Pet Lions are a great little power-pop band from Chicago, IL and this is the best offering from the 2011 debut LP, ‘Houses’.  Energetically laced with melody and keyboards I fail to see how even the snobbiest of musical snobs could not like this song.